One a night where Chris Capuanao seemed to not be able to find the strike zone, bounce all his breaking balls in the dirt a foot from home plate, and load the bases 2 times before the 5th inning, Juan Uribe found something.

Well of course he HAD a bat all along, just didn’t know how to use it. Flayling(sp) at most pitches all season long…a poor man’s Vladamir Guerrero is what I have always called him.  But Vlad actually HIT the ball off his shoe tops. Not Juan.

In fact the whole “bottom” of the lineup contributed tonight…something we have been lacking all year.

It can’t just be a Kemp and Ethier Show.

And that we know.

Early March, my Pops had a  stroke, after a procedure gone wrong at the hospital.

It was scary at first, but after a week, you could already see the twinkle in his eye. His improvements came in leaps and bounds. Challenges by the Nurses and Doctors were met head on.  He is a TOUGH SOB. Chuck Norris doesn’t have shit on this man. See here: http://bluecrewfan.mlblogs.com/2010/05/05/happy-73rd-birthday-pops/

Although we had to cancel our yearly Spring Training trip, he promised me he would be ready for Opening Day. I wasn’t ASKING….he PROMISED. That’s the kind of man my Pops is. It was almost as thought he was worried that “I”was going to be disappointed.  I was SO happy to just still HAVE him in my life… and yet he was still selfless…worried about others.

But true to his word, his physical therapist gave him the OK..and off to Opening Day we went. Like SO many years before.

And with a 8th inning BOMB by Dre in the 8th, Our Blue was able to make this a perfect day.

For me AND my Pops.  Thank you God, for one  more year with him on Opening Day.

It has been along time since I updated this Blog.

First life got in the way.

Then Frank McCourt got in the way.

Although as a season ticket holder,I did not “boycott” the Dodgers last year, as many fan’s did ( And I completely understand their motives), seeing the disgusting inner workings of Frank McCourt LLC almost literally sucked the creative life out of me.

At a Dodgers meet and great with that disgusting slimeball in March of 2011, he looked me in the eye, shook my hand and said,” Although my life is in turmoil, I will still put 100% into this team”

Ya right Frank. Stop the lies.

Well now it’s time to turn the page. New owners will soon be in place. Time to look to the future.

And the future is bright! 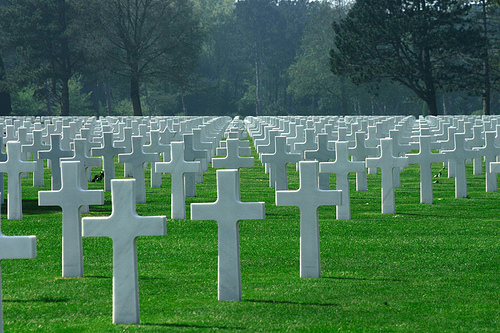 Be it Omaha Beach,or the streets of Baghdad…..courageous men and woman have given there lives to protect our freedom. And our rights.

If you get a chance, check out this website:  http://www.iraqwarheroes.com/index.htm

The names and faces of most all of the 5 ,593 courageous men and woman are listed,  from the war in Iraq and Afghanistan.Read their stories, see their names, and see their faces.

They are the reason we can go to the ballpark today.

On this day, May 27th 1887, Mike Griffin of the Brooklyn Bridegrooms started what was to become our franchises 4th  triple play !

The play starts when Griffin traps a short fly to center field, then
runs in and tags a runner between second and third base and throws to
second base to get a force out of a runner coming from first base for
the second out. The final out is recorded when the batter is tagged out
as he tries to get to second base on the hit. 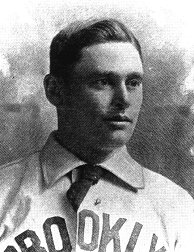 We have pulled off a total of 17 triple plays, 2 in Los Angeles…..our last was triple play was against last nights opponent, the Colorado Rockies in 1998.

I mention this bit of franchise trivia not because the triple play is an amazing feat ( although it is)..but because of HISTORY. 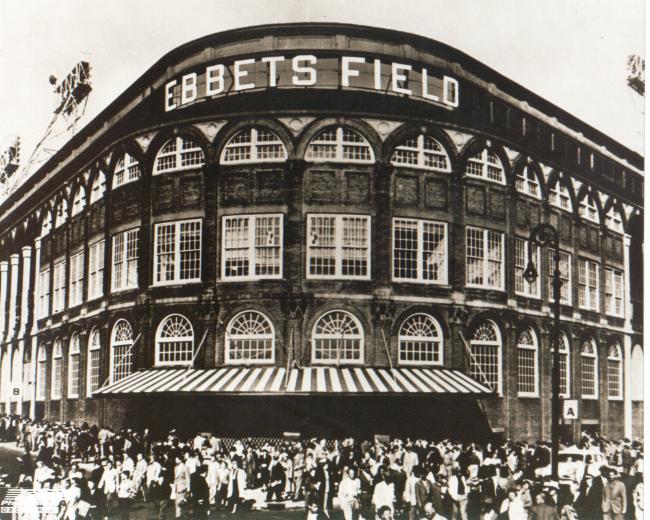 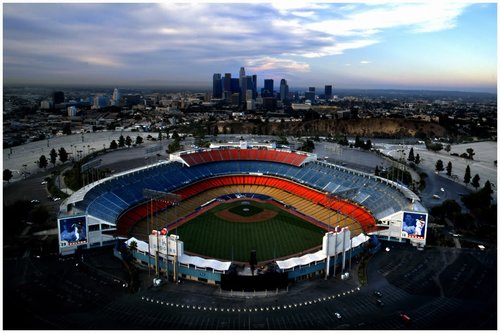 And that’s one of the many reasons why I love baseball. Other sports come and go. But baseball endures. 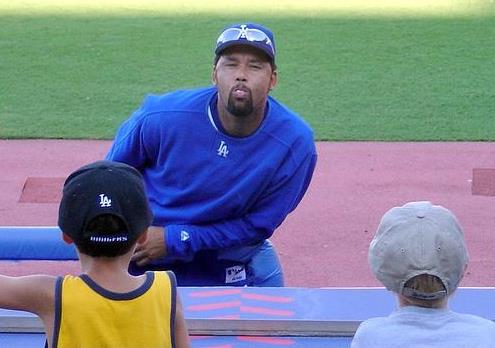 I was saddened to hear this morning to hear the tragic news of Jose Lima’s passing, So young, so full of life to be taken from us. In the short time Dodger fan’s got to know him, he did not disappoint. In 2004 with the Blue, he went 13-5 with a 4.07 era….and most importantly, pitched a 5 hit shut out GEM against the Cardinals in the 2004 playoffs…our only post season win in well over a decade.

But the picture above displays the way I choose to remember him.

His interaction with the kids, the crowd, the fans in general...LIMA TIME!.….Its what made him special….not his accomplishments on the field, but his personality. The way he always had fun out there.! He played the game with enthusiasm and fire, and yet took time to play and joke with the crowd, or a fan who shouted his name, or a kid who just wanted an autograph..And that’s why we as Dodger fan’s will always remember him. 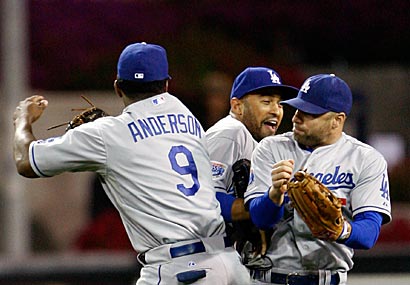 With Dre out with a broken finger, and the dodger bench getting plenty of playing time with the day/after night Sunday game…..Chad Billingsley battled MANO y MANO, with Madre pitcher Wade Leblanc to pull out a 1-0 win !!!
That’s their 7th win in a row…..and their 2nd straight ROAD sweep!

J.Mar increased his hitting streak to 12 games AND drove in today’s only RBI……..Jamie Carroll scored the only run and came up huge this weekend..heck this whole road trip, filling in for Furcal at short ( and raising his average over 40 points to .296  in the last 15 days)

And with Garret Anderson’s triple and rbi on Saturday, GA raised his average to a season high ……..143.

Yup. .143 and no defense in left.
He’s like a clone of Manny Ramirez….if Manny had to hit left handed. And blind folded.
I heckled him at spring training, for being slow and unmotivated….oh and for being an ex- Angel….. and nothings changed since.

Bring on the ‘Stros!